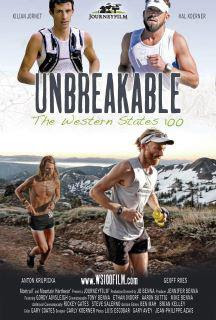 If you dream of running 100 miles some day, or are fascinated with the thought of it, or if you run ultras and your dream-race is Western States, come to the TATUR Christmas party Tuesday December 13th at 7:00, and stay around to watch a private screening of the movie "Unbreakable - The Western States 100 Story".

The cost to watch the movie is $8 per person.

Four of the greatest undefeated mountain runners on earth toed the starting line at the Western States 100-mile endurance run, the oldest and most prestigious 100-mile foot race in the world

The ultimate award, bling beyond compare, is the silver buckle at WS100. All finishers under 30 hours get a buckle, but finishers coming in under 24 hours get the silver. 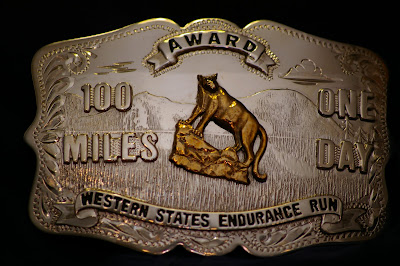 In 2006, this was on my radar. I toed the line at WS100, and started with a sinus infection and a fever. That, coupled with me being a middle-age under-trained slightly overweight fart, netted me a DNF at mile 16. I was the first one pulled, but was ahead of a couple of runners who were later also pulled at mile 16. Still, I dream of going back. This is what dreams are made of.