The Tulsa Run has been the class run of Tulsa for 34 years, and the 35th running could not have had better weather--for the runners anyway. A crisp 32° to start, sunny skies, and no wind. The plan was to run the race in costume, and not worry about time. What could be better? 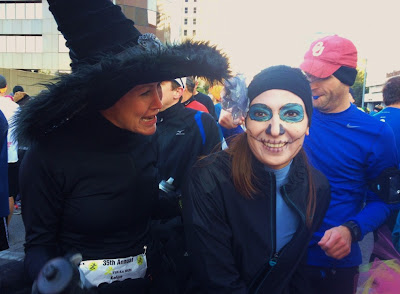 And costumes were the norm. There were witches, zombies, Elmo's, ballerinas, etc. 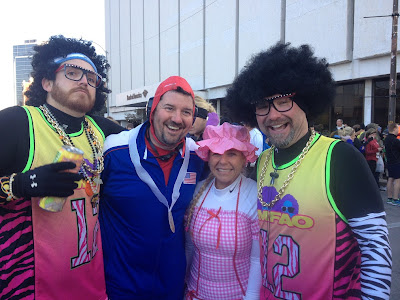 And this?? LMAFO, which I thought was merely an acronym, but apparently is a popular barbershop quartet. Click on the YouTube, if you want. Stormy and Ed practiced many of these dance steps while running the course. Mitch and Christy are guilty of nothing despite their present association.

Ok, assuming you have not lost your breakfast, read on. 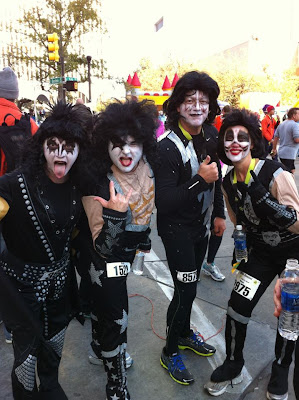 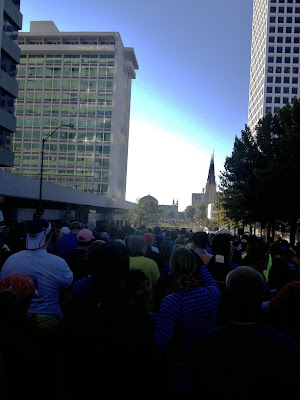 The start of the Tulsa Run is magical. You run down Boulder and you see a sea of bobbing heads, and everyone is so happy. However, there was a bit of a somber moment when it was brought to our remembrance that we lost the voice of Tulsa running--Jack Wing. It was a nice touch to see posters of his smiling face a couple of places on the course. 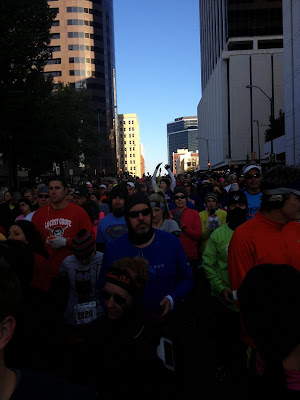 I put my iPhone to self portrait mode and snagged a shot of the runners behind me. 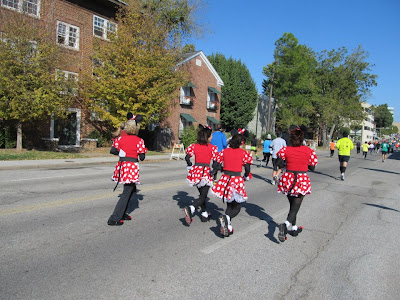 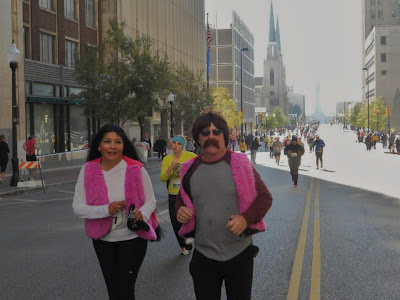 (Picture courtesy of Russell Bennett)
I had mentened to friends that I was running as part of a Sonny and Cher team. It was assumed that I would be Cher, but Caroline fit the part much better than I would have. 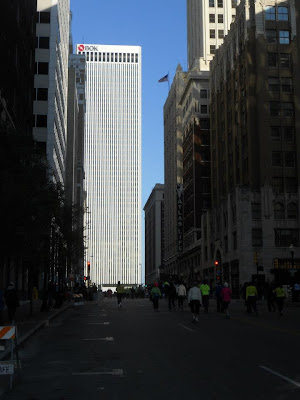 There were major changes to the race this year. Fewer water stops (not that I cared) fewer volunteers at these water stops, and a different course. Gone was the trip up and down Cherry Street. Gone was the nice hill up Denver. The race finished on Boston, running right toward the BOK building. I think the course should run faster, but I do not know if that's the case. Someone could probably tell me--is this what the course was in the early years? 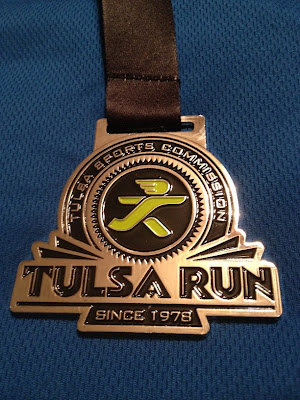 Another change that was nice, was finisher's medals.

There are rumblings about other things--packet pickup probs, registration being shut down early, being short on shirts, misinformation as to the total number of runners.
Other than this mention, I'll refrain from commenting on any of that. When a new entity takes over race management, there is bound to be a few uh-ohs. In my first couple of races as RD, we had a few snags. I bet next year, the Tulsa Run will run like clockwork.