Sunday evening was the second annual Witch and Moan. This is a 5K fun run, a one mile zombie chase on trailz, and new to this year, a guided Terrifying Turkey Trailz Tour. 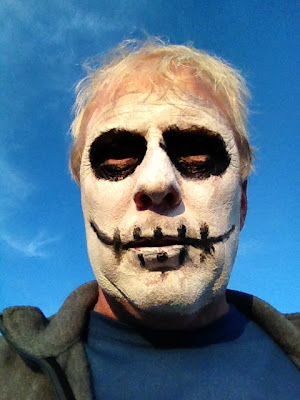 Costumes, makeup, and realism were the norm. I was hardly noticed. 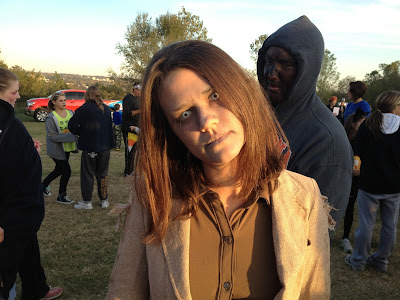 This zombie girl seemed like she wanted to eat brains, but was puzzled with the likes of me. Zombies don't eat zombie brains, or maybe she just thought I had no brains. (Love her eyes!) 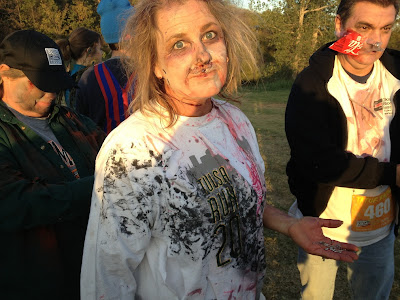 Zombies are rarely neat eaters. Check out the crackhead with the coke bottle melted to his face. He had his meth lab blow up in his face. 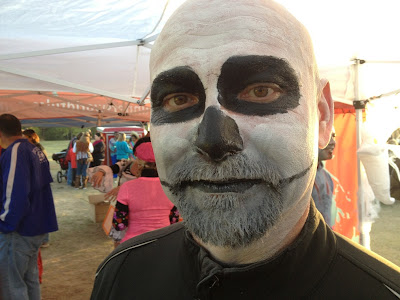 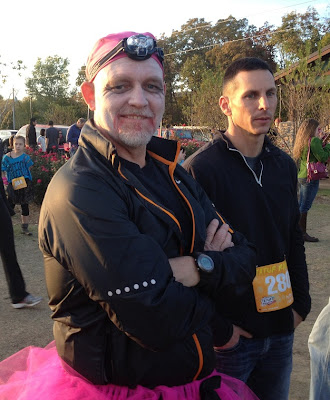 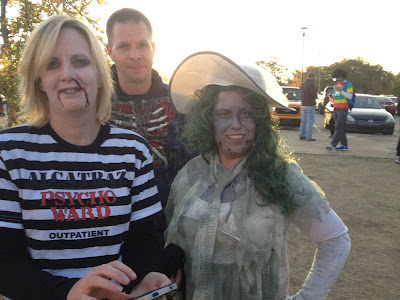 Here is a green haired witchy looking zombie chick, with a victim behind her who had his lungs ripped out. And a zombie who escaped from the psyche ward. (She looked pretty normal.) 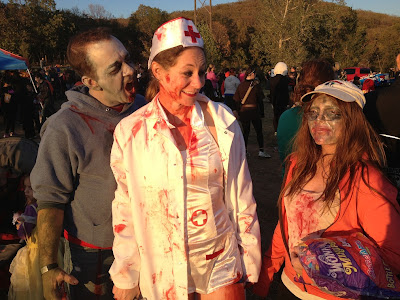 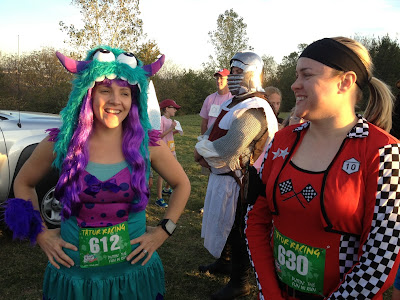 WOW!! Some non-zombie types. a turquoise and purple monster (Barney?) and a Nascar babe. 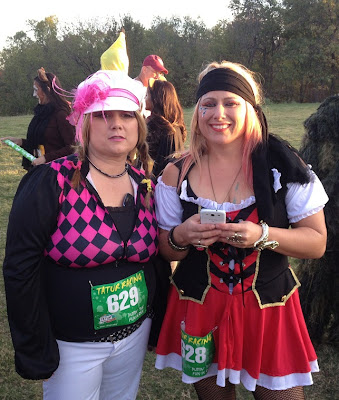 I'm guessing a wench? I'm not sure about the girl on the left? 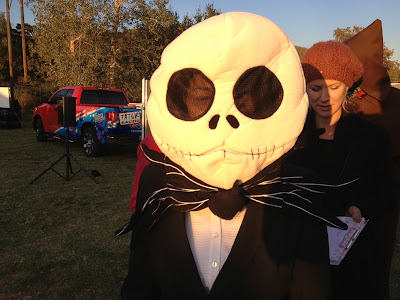 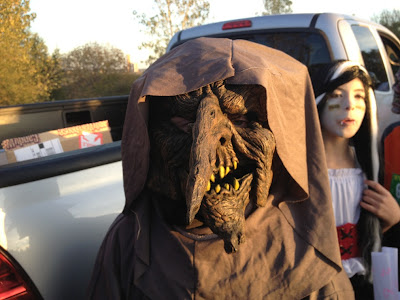 In dire need of a nose job and dental work. 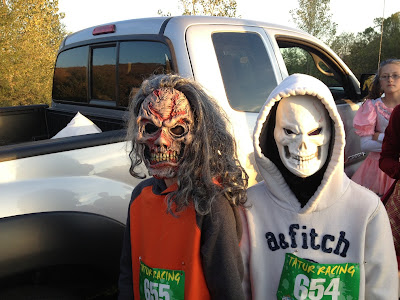 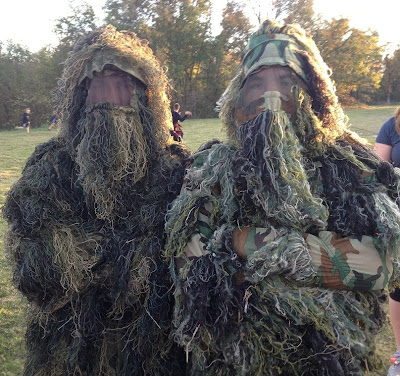 Swamp monsters? Wookies? Duck hunters? All of the above? 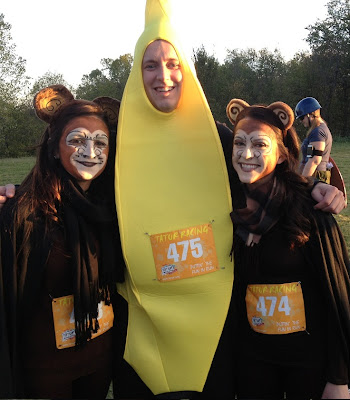 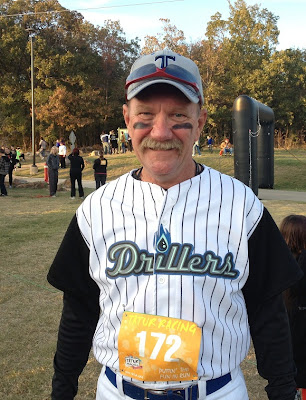 Here's a scary thought. A 57 year old first baseman? Might be why the Drillers sucked this year? 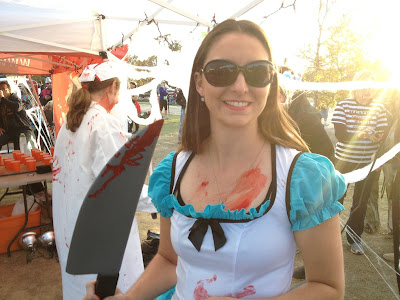 Brynna was told to NOT run with the knife. 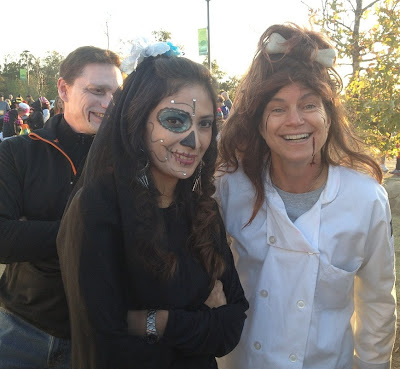 Pebbles meets the day of the dead. Notice the half make-up job. Half dead? 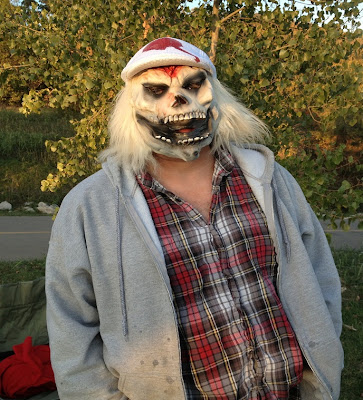 Don't know who this is, but it was a great mask. 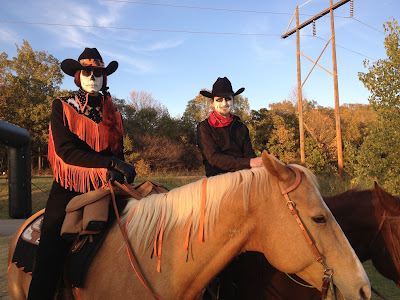 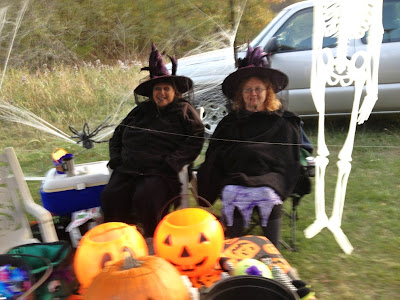 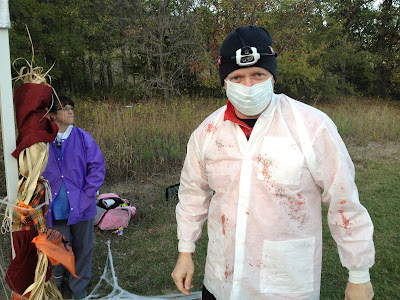 And Doctor Slash. He was 0 for 2 so far in emergency surgeries. 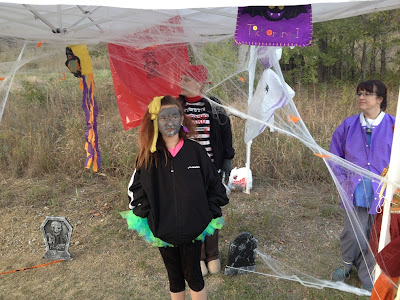 A cute little zombie girl. And the doctor's wife. 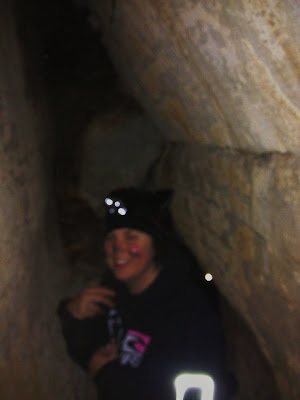 Fear of spiders was faced and conquered (sort of) in the crevice cave. 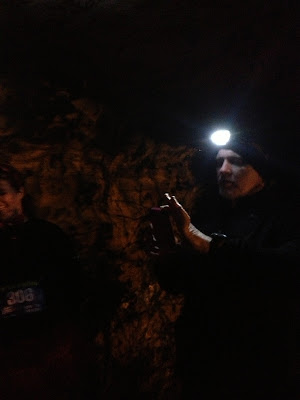 Bill feels his way through the homeless man cave. 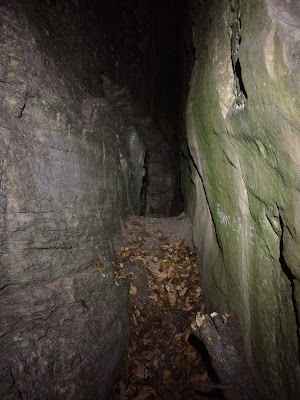 Entering the den of snakes. Several of our group leaders were snake bitten. 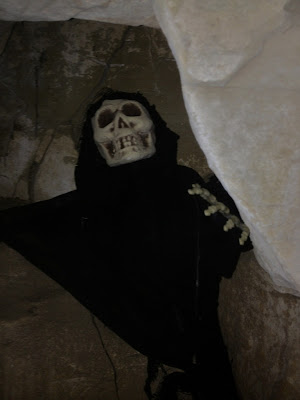 Did everyone see the remains of this spelunker? The bones remain there as they have for years.


It was a fun night, and a very successful one as well. This is the Halloween party you do not want to miss next year!