Here is one of those race reports that's not all that much fun to write. I went to Lake Sylvia in Arkansas to give the Arkansas Traveller another try. I ran this in 2006 for my 2nd 100 mile finish, and then has a DNF in 2007 due to missing a time cutoff. It was the same year that the Chicago Marathon shut down mid-race because of 82° temps. It was low 90s in Arkansas that year with super high humidities. I felt fine, but was just going too slow. Then in 2008, I found myself in the best shape of my life, and took an hour off my 2006 time, and went on to have a great year of running with a few nice PRs. Then in 2010, I foolishly started the race with a sprained ankle and dropped at mile 17. 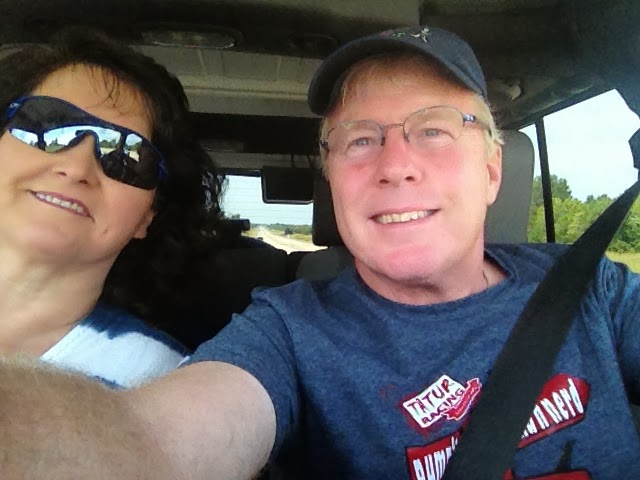 This year, I was slightly under-trained but well tapered. My last long run aggravated my right knee, but it had seemed to get better despite running the FlatRock 50K carefully and easily. I felt strong enough and confident enough to give it a go. My sweetheart Dana was doing her crew-babe duties, and I felt like a new buckle was in my near future. 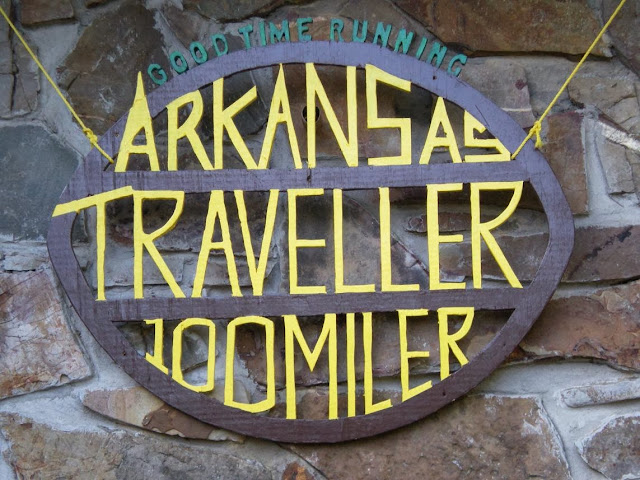 This was the 23rd running of this race--a 100 that in my opinion is one of the very best in the nation. They have great aid stations, a super course that seems easy until it beats you half to death. 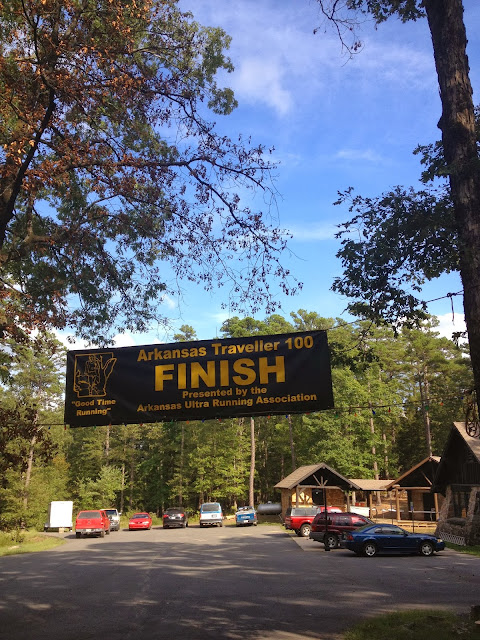 We picked up our packets Friday afternoon. I took a picture of the finish line sign and posted a picture of it on Facebook saying I hoped to see it next on Sunday morning. I almost made a remark about having to use a flash to photograph the sign when I finished. Right! 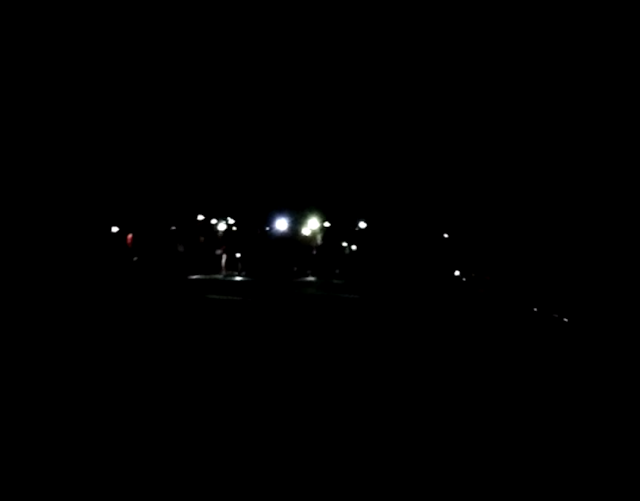 Dana and I made it to the starting line almost late, and I scurried to the check-in to get my number and trotted back up the hill to the mob of antsy runners at the starting line. Made it with 10 seconds to spare!! I filed in with Kathy and Russell and hoped to run quite a few miles with them, since I did not have pacers lined up. We took off at a trot, running the first mile or so on a two-lane paved road to the turn off to Browns Creek. I had a cheap clip-on light on my water bottle, as I didn't want to carry my headlamp. It was daylight in an hour anyway. Browns Creek aid station always has BACON and pancakes. I scarfed one down and took one for the road. 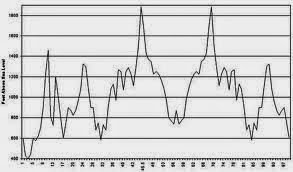 From there, we began a long ascent where we climbed 1000 feet in about 3 miles. I had a plan. I would count my steps, and run/shuffle at east 100 steps and then walk no more than 50 steps. If the grade was not too brutal, I'd run 200-300 steps. This was completely doable, and I passed a few people along the way. I hit the Flatside Pinnacle aid station and ate a couple of mini-Twix bars and headed onto the Ouachita Trail. I was pretty tentative at first being careful with my knee, and the memory of traversing this with a bum ankle a few years back played on my mind too. I was passed by a few peeps--no biggie, but when Kathy and Russell caught up, we had hit the long downhill and I settled in and ran, leading a group of 6-7 runners. I love this section and ran like the wind. But by the time I hit Browns again, I was overheated. Food did not sound good. I topped off my water bottle and walked on, knowing I had some climbing ahead of me. For the next 4 miles of the trail, I was passed by everyone. I trotted into Lake Sylvia in last place. But other than being out of water and a bit dehydrated, I felt good. Dana took great care of me. I ate and drank, and loaded up my Camelbak and trotted on to climb another 500-600 feet in the next mile. 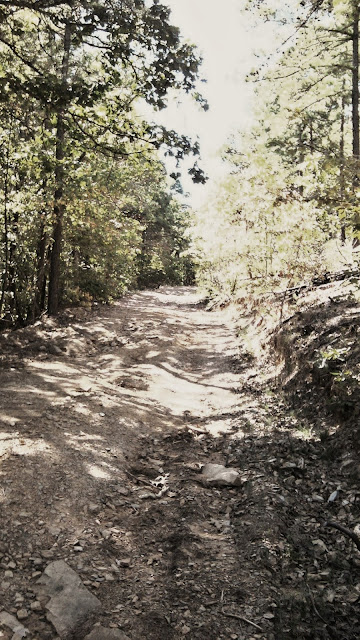 I was not moving great, but was gradually feeling better. At Pumpkin Patch, I caught a runner, and we chatted for a bit and I left him behind when he stopped to pee. I was running well, and eating a bite or two at each aid stop. I hit the Electronic Tower and munched on some chops and drank some coke. They had ice, and from there on, I added a bit of ice at each aid stop. I was running better than anytime during my 50K the week before, and passed about 16 people between Pumpkin Patch and Lake Winona. There,  I saw Dana again, and I got word that Kathy and Roman were gonna slow it down and let me catch up. I was excited, and tried to push the pace to catch them--but I was paying from running a bit fast the previous 10 miles. My pace was adequate for the race but not enough to catch Kathy and Russell, even thought they were only a mile or so ahead.
The picture to the right is from Pig Trail, and is pretty rugged in places, especially since you have been running nicely groomed gravel roads for much of the way. It also has another long grinding climb. It was during this stretch that it rained. The trail/road was a stream, but I had no problem hopping over the puddles keeping my feet fairly dry. I was slowing down though. It seemed like I'd never get to the next aid station, Club Flamingo. I had plenty of water and food in my pack, but reaching an aid station is a great moral booster. 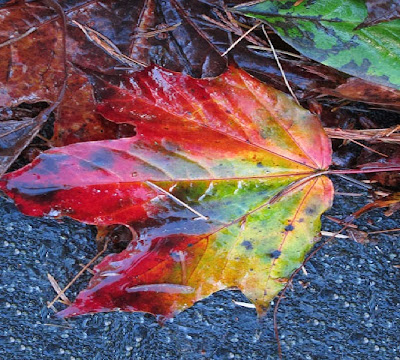 Arkansas has beautiful foliage and color in the leaves that are unmatched. We have beautiful fall color in Oklahoma, but nothing like this. Running for miles focusing on the road or trail, and having a flaming leaf like this is almost startling.

Every 5 miles, there was a mileage marker. When I saw one, I'd start doing math in my head, figuring out my pace and such. I was saving my Garmin for the return trip, and in a way, it was kind of a relief not knowing my exact pace at a glance. When I saw mile 45, I did my math calculations, and figured my pace to being over 18 minute miles!!! I had been doing 15:45ish to 16 average pace ever since finding my game after Lake Sylvia--and I knew I had slowed down somewhat climbing those 2 mile long hills, but now it seemed like I was sure to miss the cut-off at Powerline! I thought I remembered Dana telling me the cutoff was at 7:30, and by my tally, I probably could not be there until 7:45. I fell  into a real pity party here, thinking I had no business even being here, and was ready to be pulled at mile 48.2. 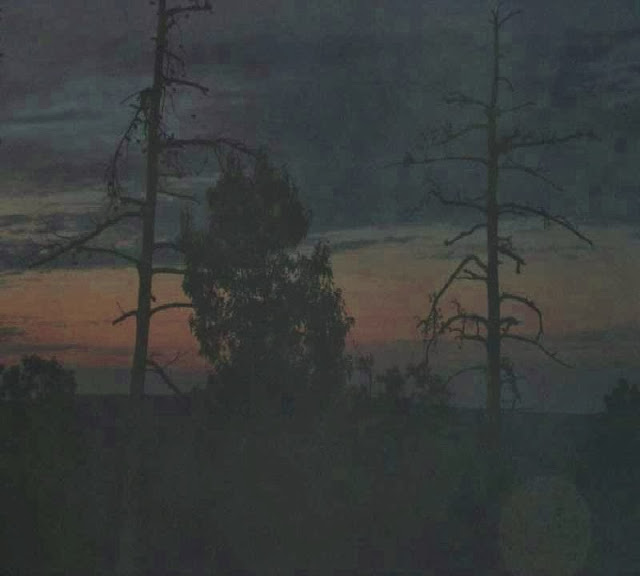 Then went over the math some more, and realized that if 7:30 was the cutoff, it would be based in 16:45 minute miles. Maybe that was right, but maybe it wasn't! So, I got mad (sort of) and ran with a bit more purpose. I arrived at Powerline, and got weighed, and was told I was down 9 pounds. WTH?? I seriously doubted the scales, but they did not make a big deal out of it. My friend Arnold said they told him he was down 20. Both of us know how to hydrate and eat. Hmmm.

And eat I did. I downed a sandwich, a 16 oz chocolate milk, an 5 hour energy, a candy bar, and probably some other stuff. I ditched my pack since it had got cold and I did not think I'd be drinking quite as much. Cindy, who with Roman, was crewing Kathy and Russell, and offered to run a bit with me. She accompanied me for about a mile toward Copperhead Road which was greatly appreciated. I came alive after that, and started passing people, loving every minute of the run for a while. So many highs and lows. I hit the porta-potty real quick like at Copperhead and tried to eat a grilled cheese sandwich but could not swallow it. Gatorade was powering me, and of course that's not enough in and of itself, but nothing else sounded good. I was still cruising along thinking I might catch up with Kathy and Russell, and I eventually saw them on their way back. I had really hoped I was maybe 1/4 mile from the turnaround, but Russell told me it was another 1.4 miles. Crap!! So, I put my head down and ran. It had started raining HARD but I kept my pace. But on a downhill, in the rain, I kicked a good sized rock in the road and jarred my knee, nearly tripping my. I over-strided 2 or 3 steps, and planted hr right foot hard and twisted the sane knee after jarring it. From there, every step had a jab of pain. Running was ugly, but it was uphill for a while anyway. It was along here where the road turned to squishy mud--my favorite. I think I walked super slow for about a half mile and took right around 20 minutes doing it. All of the time I had bought back by running well was lost. So, as I walked into the Turnaround aid station, I told them I had no choice but to drop. I was right up against the cutoff again, and still had 42 miles to go. I guess it could all be summed up with this Facebook post:
"A good way to get from point A to point Z when you feel half dead is the Zombie Shuffle. A faster but less desirable way is the Sag Wagon."

Dana and I drove the long way back to our motel in Morrilton, showered, and slept. When I woke, I started checking Facebook, and calling to see where Kathy and Russell were. There were gonna make it! And they finished in 29:12. 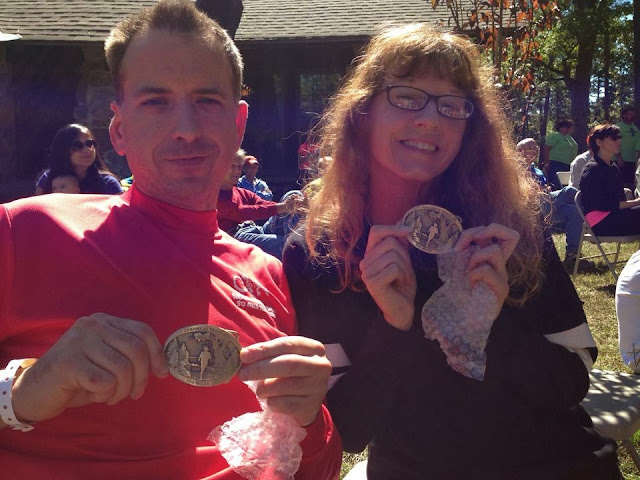 Kathy is also running Heartland next week, where Dana and I will be working an aid station, She is also running Pumpkin Holler the next week, going for three in three weeks. No one in Oklahoma has ever done that. Only our friend Arnold has even tried. 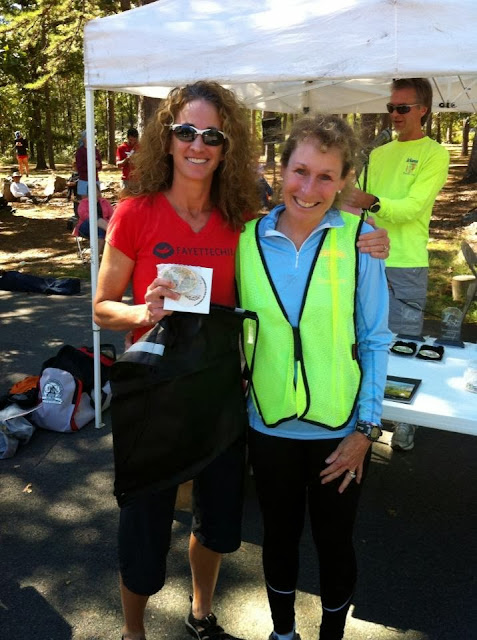 Another friend, Shelley Egli finished the Traveller on her second try, and did it in grand fashion. She finished in 22:37, FIRST FEMALE, and well over an hour ahead of the 2nd place woman. Congrats!! Another atta-girl goes to Chrissy Ferguson, the hard working RD of the Arkansas Traveller.

So, a couple of days later--I'm walking around ok. Legs are sore, knee is twingie. I'm pondering if I want to still try running 100s. I love 50Ks, and even 50 milers. But there is one matter of being signed up for a 100 in March--the Prairie Spirit. I have to do that. Then I'll decide.